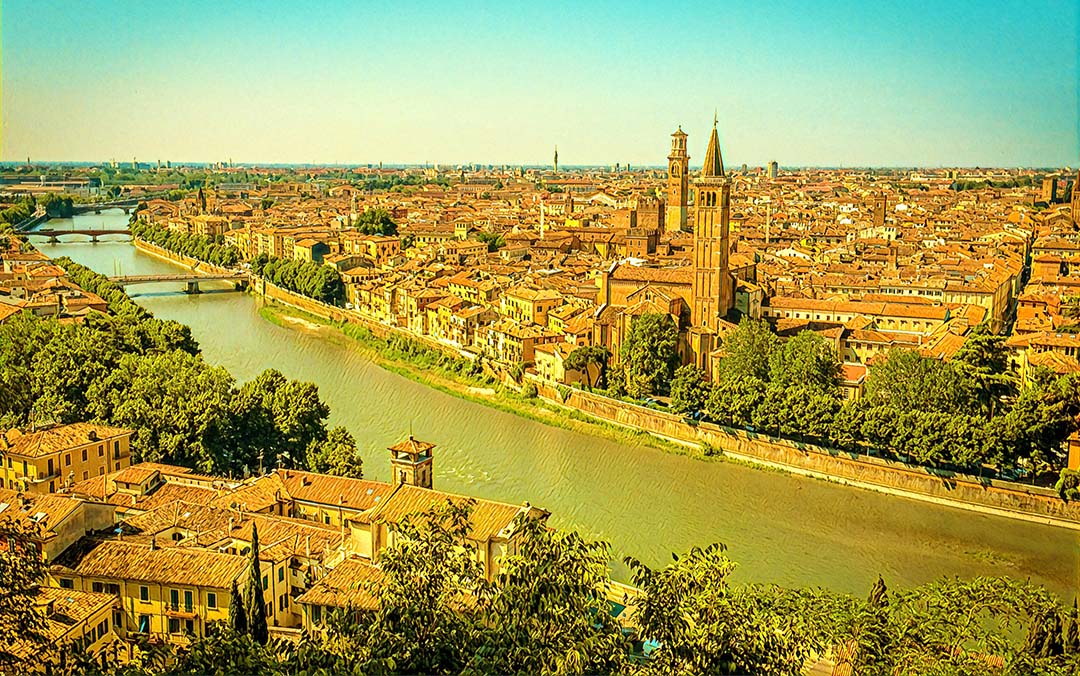 Verona contains numerous sites, historical buildings and can be considered as one of the richest cities in northern Italy in Roman heritage. Due to value of it’s architecture and historical buildings Verona was declared UNESCO World Heritage Site. Some of the most popular sights are Piazza Bra, Piazza delle Erbe, Castelvecchio Bridge, Roman Theater, Ponte di Pietra, Basilica di San Zeno Maggiore, Castel San Pietro and many more. Furthermore, Verona is considered one of the most romantic cities in Italy and is a perfect place for short getaway.

Weather in Verona is influenced by the Mediterranean Sea and the Alps, therefore summers are hot and winters are much colder than near the coast. Average temperature vary from -1° C in winter up to 30° C in summer. The best time to visit Verona is from April to October.

When choosing travel dates to visit Verona you should take into account tourist peak season which is between June and August, therefore, you could save money and avoid crowds in the shoulder months of April, May or September to October.

Use our search to find the best cheap flights to Verona. If you can not find the right dates or destination, do not hesitate to change search settings or you can check our already found deals HERE or flights to alternative weekend destinations can be found HERE!