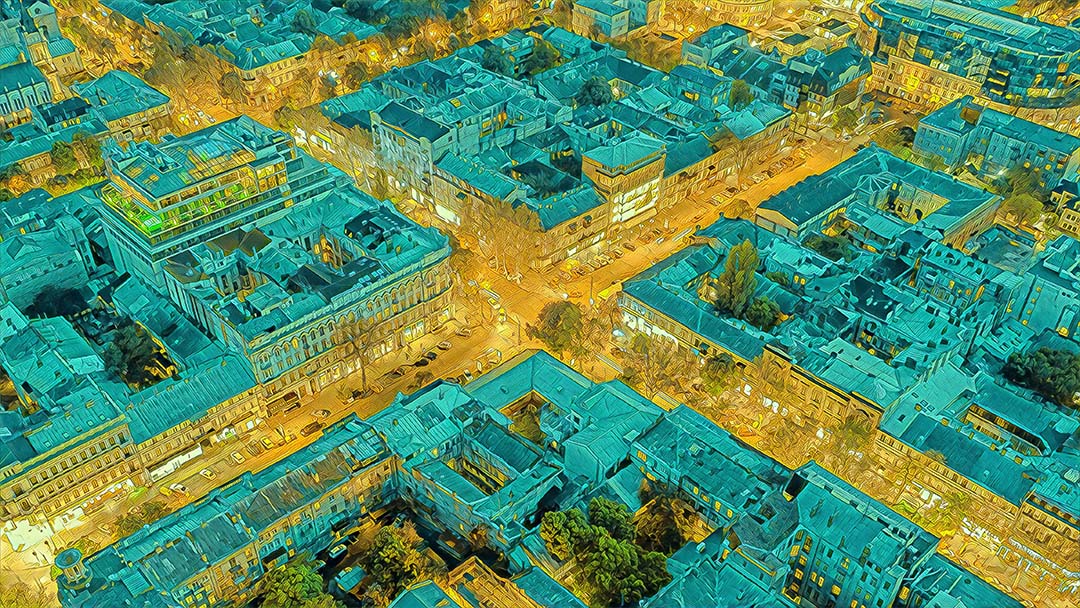 Odessa is Ukrainian city located on the coast of Black Sea. The city was known by the name of Khadjibey until the end of 18th century (it was founded by the Tatars in the 15th century). Today, Odessa is Ukraine’s largest port, and industrial, educational, cultural centre.

Odessa can offer a countless number of tourist attractions, museums and historical landmarks. Most famous museums are the Odessa Archeology Museum, the Odessa Museum of Western and Eastern Art, the Literature Museum, the Odesa Fine Arts Museum and more. Furthermore, other famous Odessa’s attractions are the Transfiguration Cathedral (18th century), the Museum “Secrets of underground Odessa” (underground network of more than 2,5 km length underground tunnels). Also, it is worth visiting the Odessa National Academic Theatre of Opera and Ballet (Italian baroque architectural style theatre with good acoustics built in the 19th century) and the Tolstoi Palace (purchased in the 19th century by the Count Tolstoi family who were patrons of art and culture). In addition, we recommend go up the Potemkin Stairs (19th century), which are considered a symbol of the city and the official entrance to the Odessa.

Odessa is a popular Ukrainian resort on the Black Sea, famous for its blue sea and yellow sand beaches. The main beaches are Arcadia, Langeron and Otrada. In the evenings we recommend walking around the Old Town and visiting the busy Derybasivska pedestrian street with many shops, cafes, restaurants and fast food snack bars. In addition, at the intersection of Derybasivska and Preobrazhens’ka streets you will find the Odessa Arcade (19th century), which is home to interesting boutiques and shops. The restaurants in Odessa can offer inexpensive, quality and delicious local food. Traditional Ukrainian dishes are Borscht (vegetable soup), Yushka (fish soup), Palyanytsya (bread), Pyrizhky (buns with filling) and Holubtsi (cabbage rolls).

Weather in Odessa is influenced by the mainland and the Black Sea, therefore summers are warm and winters are cold. Average temperature vary from -4° C in winter up to 27° C in summer. The best time to visit Odessa is from May to September.

When choosing travel dates to visit Odessa you should take into account tourist peak season which is between June and August, therefore, you could save money and avoid crowds in the shoulder months of May or September.

You may browse the collection of hotels in Odessa HERE with Hotelscombined.com

Rent a car from Odessa airport HERE with Rentalcars.com

Use our search to find the best cheap flights to Odessa. If you can not find the right dates or destination, do not hesitate to change search settings or you can check our already found deals HERE or flights to alternative weekend destinations can be found HERE!