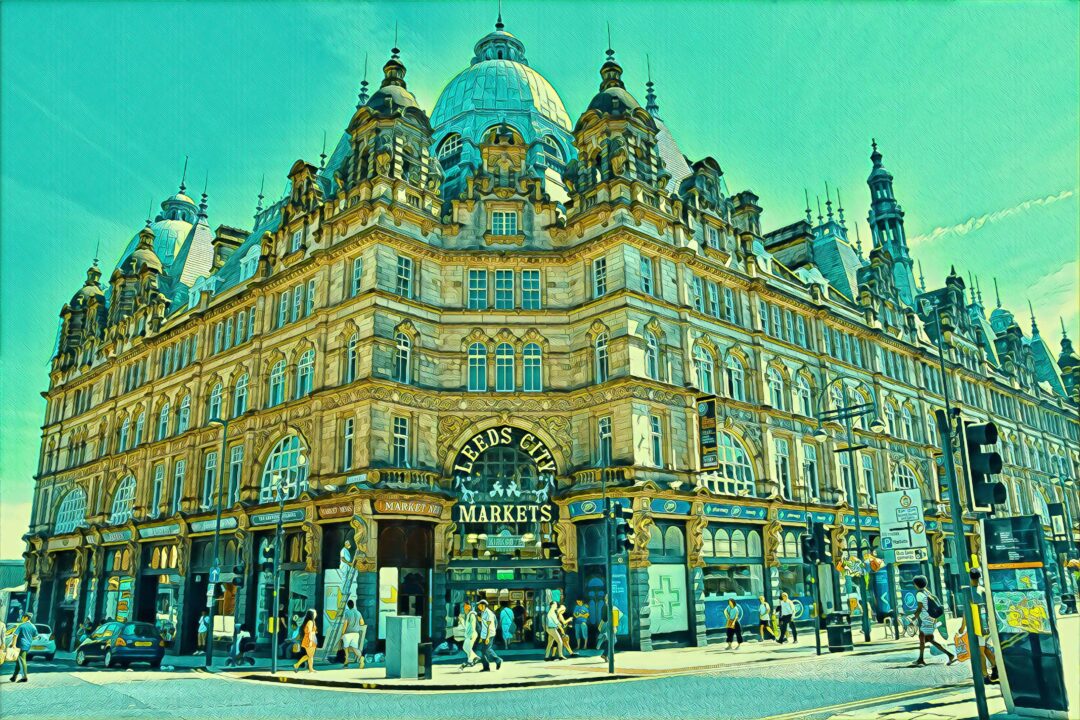 Leeds is the third largest city in Northern England, located on the Aire River. The city was first mentioned in the 11th century. At the beginning of the 13th century, the city was granted the status of a trading city, and by the end of the 17th century it became a major industrial city for production and trading of wool and coal mining. In addition, the city became a logistics hub due to railway and shipping on the Aire River.

Leeds is a city of beautiful buildings, parks and squares. Here you can find historical architecture such as Harewood Palace (18th century, palace included in the list of historically valued British buildings), Temple Newsan Palace (18th century), Ruins of Kirkstal Abbey (12th century). The city’s main museums are the National Museum of the Royal Armory (large collection of weapons and armor), Leeds City Museum, Medical Museum. Worth a visit St. John’s Church (the oldest church in the city with surviving authentic wood carvings), the Old Town Hall, Leeds La Lumiere skyscraper (one of the tallest buildings in Great Britain), Kirkgate Market (built in early 19th century). You can have a great time in Roundhay Park (700 acres), where you can find many beautiful plants, and see the Tropical World Garden.

Weather in Leeds is influenced by the Atlantic Ocean, therefore summers are warm and winters are mild. Average temperature vary from 2° C in winter up to 21° C in summer. The best time to visit Leeds is from May to October.

When choosing travel dates to visit Leeds you should take into account tourist peak season which is between June and August, therefore, you could save money and avoid crowds in the shoulder months of May or September to October.

You may browse the collection of hotels in Leeds HERE with Hotelscombined.com

Rent a car from Leeds airport HERE with Rentalcars.com

Use our search to find the best cheap flights to Leeds. If you can not find the right dates or destination, do not hesitate to change search settings or you can check our already found deals HERE or flights to alternative destinations can be found HERE!