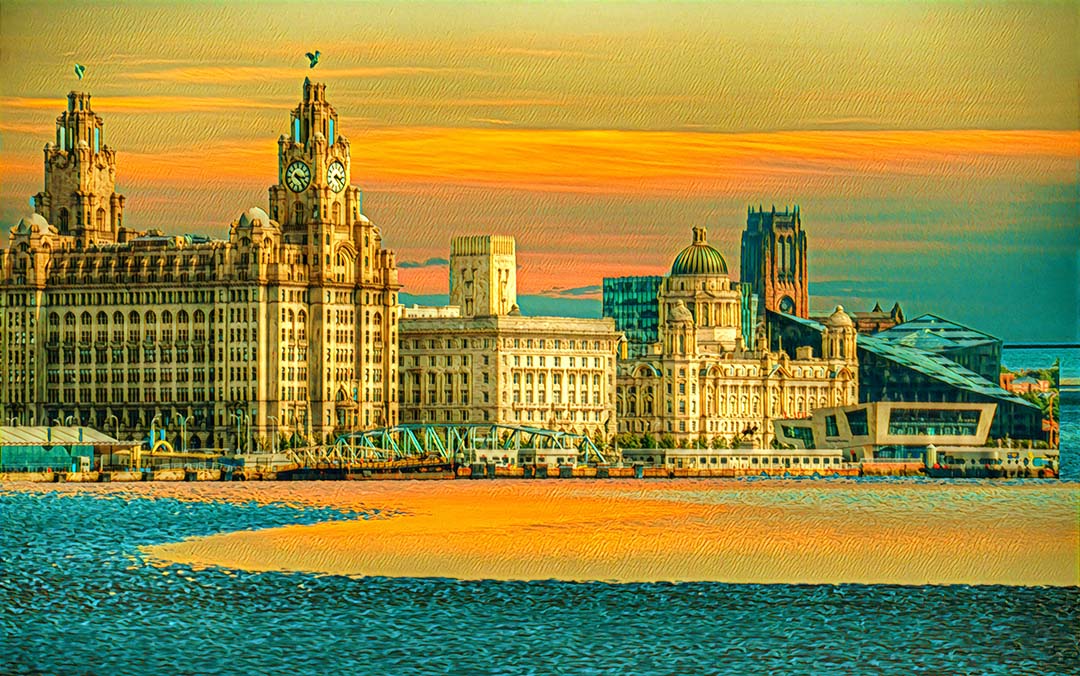 Liverpool is a port city in northwest England, near the River Mersey. Liverpool was founded in the 13th century, however, the city developed very slowly during the first few centuries of his existence. In the beginning of 19th century, the city began to grow rapidly due to intense trade and migration and became one of the UK’s leading ports and a world hub for innovation, particularly in the transport industry. Today, Liverpool is known for arts, music, architecture and sports, and is one of the most popular tourist destinations in the UK. It is worth mentioning that Liverpool has the highest number of museums and art galleries in the United Kingdome after London. Part of the city’s history is music, e.g. Liverpool is listed in the Guinness Book of World Records as the “World Capital City of Pop”, and the city itself probably became famous since it was a birthplace of The Beatles, a band which has contributed greatly to the development of this music genre not only in Liverpool but also in the world.

Liverpool is a great place to visit due to the high number of museums, art galleries and architectural monuments. Liverpool’s intense history means that you will find a variety of architectural styles in the city, from Tudor to modern or contemporary buildings. Furthermore, some of the famous attractions are the Royal Albert Dock, The Beatles Story, Liverpool Cathedral, Cavern Club, World Museum, Merseyside Maritime Museum, Museum of Liverpool and many more. It is worth mentioning that Liverpool’s Maritime Mercantile City area has been recognized as a UNESCO World Heritage Site and it is one of the most beautiful parts of this city.

Weather in Liverpool is influenced by the Atlantic Ocean, therefore summers are warm and winters are mild. Average temperature vary from 3° C in winter up to 20° C in summer. The best time to visit Liverpool is from May to September.

When choosing travel dates to visit Liverpool you should take into account tourist peak season which is between June and August, therefore, you could save money and avoid crowds in the shoulder months of May or September.

You may browse the collection of hotels in Liverpool HERE with Hotelscombined.com

Rent a car from Liverpool airport HERE with Rentalcars.com

Use our search to find the best cheap flights to Liverpool. If you can not find the right dates or destination, do not hesitate to change search settings or you can check our already found deals HERE or flights to alternative weekend destinations can be found HERE!