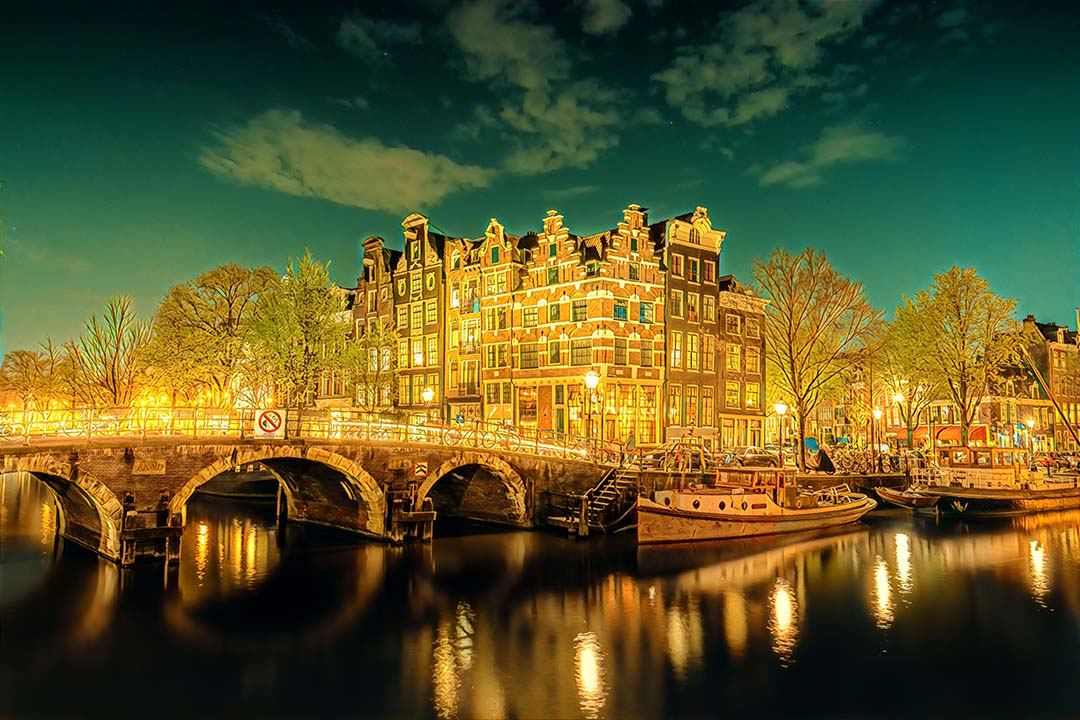 Amsterdam is the capital of the Netherlands and one of the top financial centers and one of the biggest ports in Europe. In addition, it is also most populous and cultural capital of the Netherlands. Furthermore, it is situated on Amstel river in the province of North Holland. Amsterdam’s name derived from its location – dam on the Amstel. The river ends in the city center and connects a large number of canals which links about 90 islands with 1200 bridges. It is also a reason for Amsterdam’s nickname – “Venice of the North”. Amsterdam is not oldest city the Netherlands, since city status was gained only in 14th century when it began to grow rapidly. It became one of the most important ports in the world in the 17th century during the Dutch Golden Age.

Weather in Amsterdam is influenced by the Atlantic Ocean and the North Sea, therefore summers are warm and winters are mild. Average temperature vary from 0° C in winter up to 22° C in summer. The best time to visit Amsterdam is from April to October.

When choosing travel dates to visit Amsterdam you should take into account tourist peak season which is between June and August, therefore, you could save money and avoid crowds in the shoulder months of April, May or September, October.

Use our search to find the best cheap flights to Amsterdam. If you can not find the right dates or destination, do not hesitate to change search settings or you can check our already found deals HERE or flights to alternative destinations can be found HERE!