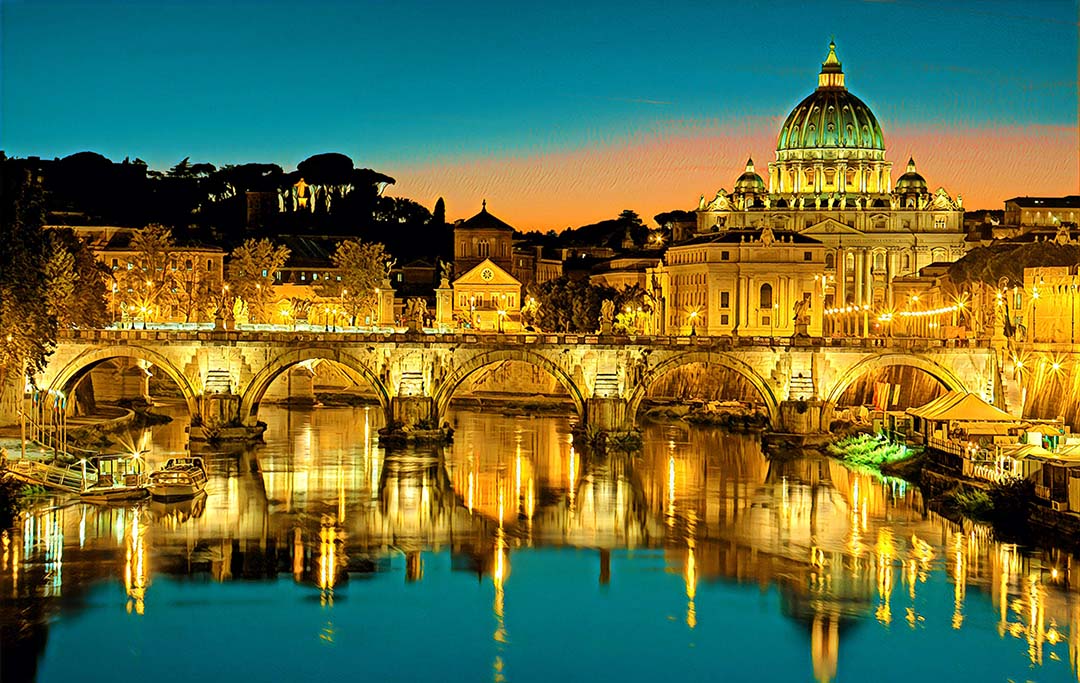 Rome is the capital city of Italy and Lazio region. It is located in central part of Italian peninsula near Tiber River, about 24 km from Tyrrhenian Sea. Rome is considered one of the oldest continuously inhabited cities in Europe, since it’s history spans for over 28 centuries. Although, according to Roman mythology Rome was founded in 753 BC by twin brothers – Romulus and Remus who were raised by wolf, the city probably formed only in the early 6th century BC. For over a millennium, Rome had an impact of all civilizations in Europe and influenced many aspects of today’s society – law, language, literature, art, democracy and infrastructure. Today, Rome is considered to be one of world’s leading important cities and has a considerable influence upon the arts, commerce, education, entertainment and fashion.

Rome is one of the most popular tourist destinations in Europe. Rome is a city full of history and offers countless things to see to keep you busy for years. Here you will find countless number of museums, beautiful architecture, parks and ancient monuments with varying architectural styles from the Classical and Imperial Roman to modern or contemporary. The Vatican Museums and the Colosseum are among world’s most visited tourist destinations with both locations receiving millions of tourists a year. However, there are also other famous sites to explore here, such as the St. Peter’s Basilica, the Trevi Fountain, the Roman Forum, the Piazza Navona, the Sistine Chapel, the Castel Sant’Angelo and many more. In addition, the city center is listed by UNESCO as a World Heritage Site. In general, Rome is like an open-air museum which has countless architectural objects to show for any tourist.

Weather in Rome is influenced by the Mediterranean Sea, therefore summers are hot and winters are mild. Average temperature vary from 3° C in winter up to 31° C in summer. The best time to visit Rome is from April to October.

When choosing travel dates to visit Rome you should take into account tourist peak season which is between June and August, therefore, you could save money and avoid crowds in the shoulder months of April to May or September to November.

You may browse the collection of hotels in Rome HERE with Hotelscombined.com

Rent a car from Rome airport HERE with Rentalcars.com

Use our search to find the best cheap flights to Rome. If you can not find the right dates or destination, do not hesitate to change search settings or you can check our already found deals HERE or flights to alternative destinations can be found HERE!